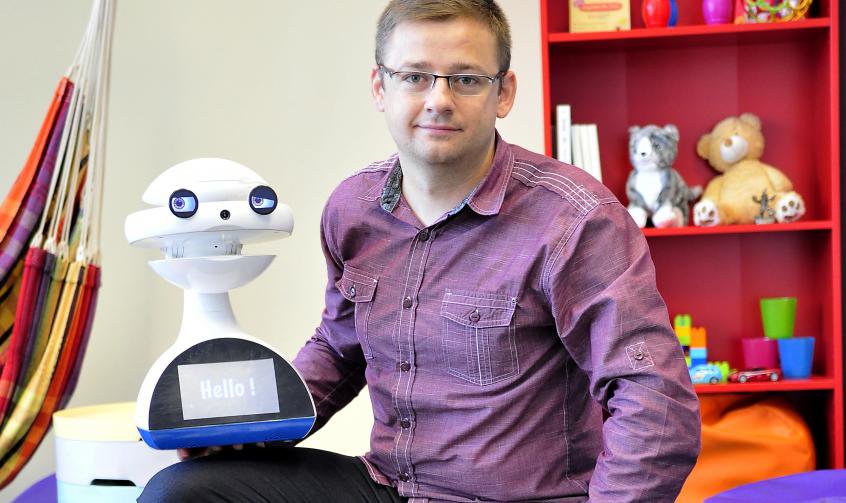 Learning a second or third language can be as necessary as it is exhausting and, in many cases, boring – especially for young learners. To address this, Polish doctor in robotics (and father) Jan Kędzierski is betting on a robotic teacher to help children to learn through repetition and games. His educationally and socially motivated application of robotics has earned Kędzierski a spot on the list of MIT Technology Review, Spanish edition´s Innovators Under 35 Europe 2017.

Intended for users between the ages of three and six, EMYS is a robotic head comprised by three moving discs, designed to reflect human emotions. The robot can hear, see and feel thanks to multiple sensors. If you tap its head, the robot will pout; if you caress it, the robot will thank you. EMYS identifies nearby objects and teaches the user how to say their names, for now, in English and Spanish. To achieve this, the robot includes a series of flashcards that represent things like "bear", "book" and "home". Parents can also attach "smart tags", as Kędzierski calls them – RFID stickers associated with a specific word via a mobile app – to any object. Once attached to a toy, for example, the child can show the toy to the robot, who will recognize it and teach the child the corresponding word.

EMYS' creator recalls: "The principal problem was that there was no existing technology capable of understanding child speech. We have Amazon Echo, Google Home and many more similar applications, but it is really difficult to understand children; that is why we decided to include the smart tags." And he adds that it is vital to ensure that the child and the robot can understand each other.

At first glance, it could seem that EMYS does not offer anything different from what thousands of mobile applications focused on learning languages – and it is more expensive, too, with a price tag of around 799 USD. However, Kędzierski defends the impact of the interaction with his robot on children´s interest and participation in learning. "We are not aiming to replace teachers, but this allows children to practice a second language at home." According to its creator, the tests performed at primary schools demonstrate that with EMYS, children learn a second language at a rate of one word per day.

Kędzierski co-founded Flash Robotics, a spin-off from the Wrocław University of Science and Technology in 2016 to pursue the idea of creating more affordable social robots than the ones the cofounders had developed during their research projects. This initiative lead them to participate in the hardware accelerator HAX in Shenzhen (China), which they describes as "a great experience", where they designed and manufactured the commercial version of EMYS in just four months. The young innovator adds: "If we had done that here, in Poland, it would have taken us at least, I don't know, a year."

Kędzierski is now searching for a way to mass produce and commercialize EMYS. To this end, the company is looking to enlist the support of venture capitalists to finance the next phases of the project, and is already in contact with several Chinese manufacturers. Their target markets are Asia (English as a second language) and Europe.

According to the telecommunications professor at the European University of Madrid (Spain) and Innovators Under 35 Europe 2017 jury member, Víctor Padrón, "[EMYS´s] success could help children to learn a second language at very early ages, which can have an important impact on the development of their cognitive abilities." The also professor, at the Superior Technical Institute of Lisbon (Portugal) and fellow jury member, Jose Epifânio da Franca, highlights that "with sufficient capital, EMYS could surpass the various educational robots in an expanding market." 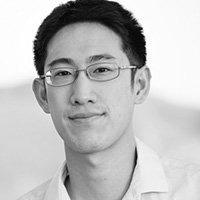