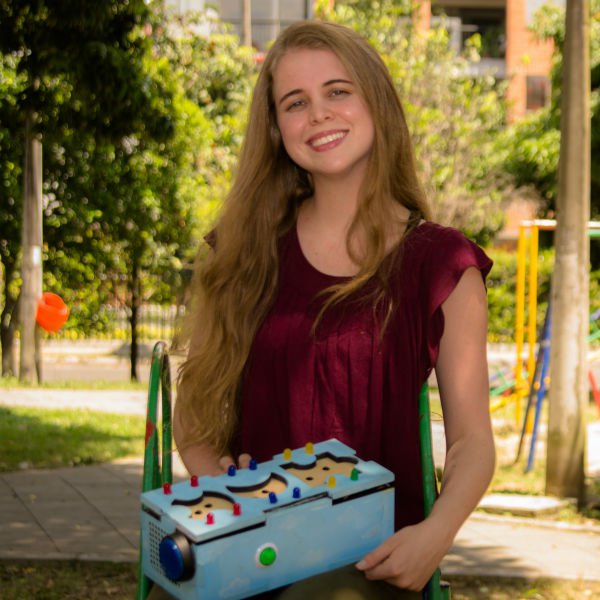 The word ijwi in Kinyarwanda, the most commonly spoken language in Rwanda, means voice. Ijwi is also the name that the young Colombian Stephanie Valencia chose for one of her initiatives, which aims to lend a voice to users unable to speak with their own. Ijwi is designed to offer children who suffer from nonverbal autism, who do not develop speaking capabilities, and from cerebral palsy a communication channel with their caretakers, teachers and family in Rwanda.

The Iwji project forms part of a much larger initiative, called Assistive Labs, which this young engineer and entrepreneur has founded in collaboration with her partners Alexandra Berrio y Tomás Vega. Together, they aim to democratize access to assistive technologies by placing them at the service of people who need them and adapting these solutions to their needs and socio-economic conditions. The project arose from the discovery that approximately 1 billion people worldwide suffer some type of disability, of which 80% live in developing countries, while only 10% have access to the necessary tools and technologies to improve their living conditions. The social impact of Valencia´s initiative and its underlying, open innovation model have led to her inclusion in MIT Technology Review, Spanish edition´s list of Innovators Under 35 Latin America 2017.

Ijwi is comprised of an Arduino microcontroller, RFID tags and a reader, speakers and a nine-volt battery.  The RFID tags display different pictograms (like a flower, a clock, a child running) which transmit the information they contain when placed on the reader, allowing the device to speak the words that the child wishes to convey. Already tested in Rwanda, the device boasts a low cost - around 40 euros (or 48 US dollars) - which makes it accessible to families with limited resources. And the fact that it is battery-powered avoids the need for access to the electrical grid for charging – one of the primary challenges which the team faced while putting their concept into practice.

Open source designs represent another fundamental value shared by the cofounders of Assistive Labs. The designers specifically developed these devices in a way which allows users who lack a specialized, engineering education to familiarize themselves with the device, understand it and adapt it to children´s specific needs, according to the degree of disability, through manuals and trainings.

The possibilities this approach open up are infinite, something which is evidenced by the interest shown by the Rwandan Education Ministry and Unicef Rwanda in the project in order to foster educative inclusion. However, the reality is that the project needs financing to guarantee the survival of Ijwi, as do the rest of Assistive Lab´s projects. To date, the team has taken advantage of alternative financing methods, like crowdsourcing platforms, grants and awards. In future, Valencia´s team has plans to launch Ijwi in Latin America, the three cofounders´ native continent. To this end, Valencia explains that "a great amount of collaboration amongst the various agents [involved]" will be required.  In the young innovator´s opinion, the project is not just "a health-related, educative or engineering initiative; it requires collaboration at every level."

In the short term, the team plans to launch Ijwi in the three co-founder’s native Latin America.

In the words of the CEO at Halycon and jury member for the Innovators Under 35 Latin America 2017 awards, Kate Goodall, "through the projects she has developed in the past and continues to develop currently, Valencia has demonstrated superlative curiosity, tenacity, and with the right resources, she will achieve great things in the future." 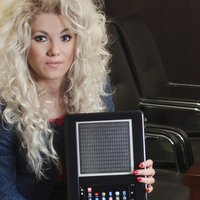 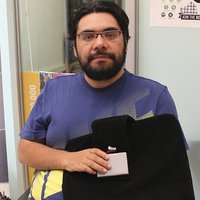