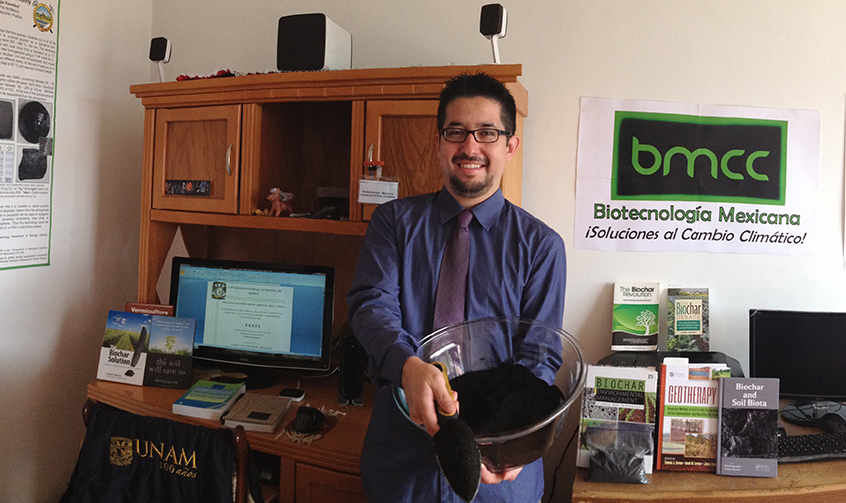 "“The most critical global problem is global warming”, according to the biotechnological engineer and master in Earth sciences Ramon Bacre. For this reason, Bacre decided to found the company Biotecnología Mexicana contra el Cambio Climático (BMCC), which translates as Mexican Biotechnology against Climate Change, which aims to reduce carbon levels in the atmosphere through a sustainable business model.

Bacre´s process enriches biocarbons, a variety of the mineral derived from the pyrolysis of biomass, using microorganisms to improve its fertilizing qualities in order to deliver a product that captures the CO2 associated with the absorption of the gas.

The conventional uses of biomass, whether as a food product or as fuel, release the CO2 absorbed during its growth back into the atmosphere. In contrast, pyrolysis involves the decomposition of organic matter which liberates hydrogen and oxygen and leaves a carbon residue called biocarbon due to its organic origin. This alternative technique can reduce anthropogenic CO2 emissions by up to 12%, according to a study published in 2010.

The innovation developed by Bacre consists of the inoculation of biocarbon using beneficial microorganisms that enhance its fertilizing properties. In addition, BMCC harness the ability of biocarbon to host different microbial communities in order to produce fertilizers tailored to the needs of different types of crops." 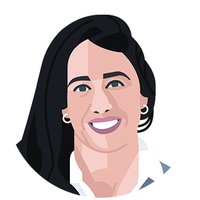 A major vulnerability of certain kinds of cancer is becoming clear. 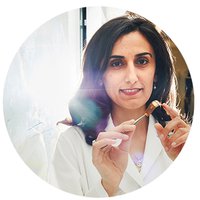 A master of flexible sensors and batteries sees opportunities for a new class of medical devices. 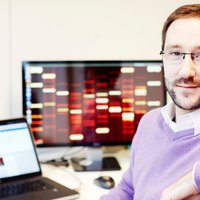 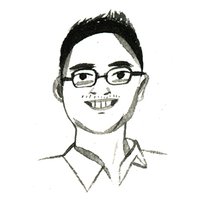 Why we might use tiny flowers, trees, and spindles to create the pharmaceuticals of the future.
See all in Biotechnology & medicine…