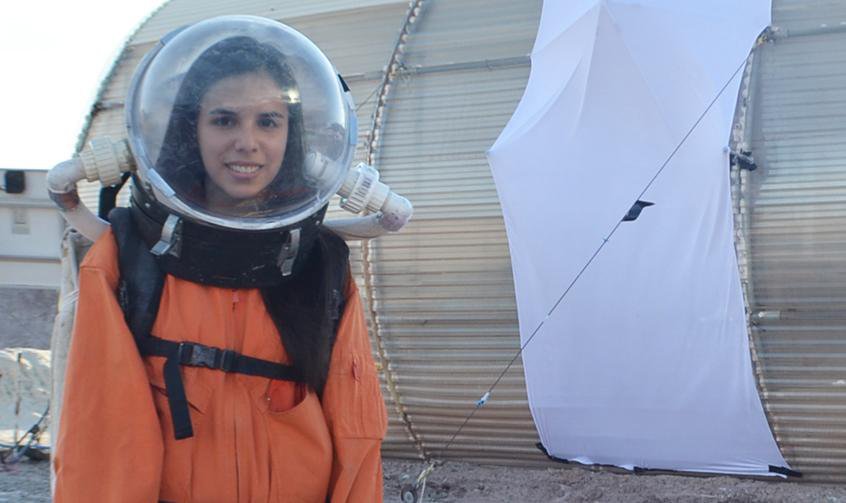 Her outdoor, UV light resistant cover could be used to construct an inhabitable greenhouse on Mars

"For decades public and private investors have participated in projects that study the conditions of life on Mars and the challenges that future expeditions would face. One of the best approaches to studying the Martian terrain without leaving home consists of analyzing certain areas on Earth similar to the red planet, like the study being carried out by the organization Mars Society.

Luciana Tenorio, an architecture graduate from the University Palma Río (Peru) and the Technical University of Madrid (Spain), is one of the professionals recruited by the Peruvian company to carry out just such studies from their desert base in Utah (EEUU). Tenorio has developed an insulating cover that can retain 99.7% of ultraviolet (UV) rays of light, thereby preventing them from reaching the plants located within a greenhouse.

The direct exposure to UV light is one of the main problems that a colony located on Mars would face. Tenorio tackled this problem from an architectural perspective to create a module that, in addition to housing plants, would be inhabitable by astronauts, although it would prove less efficient than a conventional greenhouse. To this end, she improved the greenhouse´s resistance to UV radiation without modifying its structure, which continues to be made from polycarbonate. The installation of her cover is also reversible, to allow the structure to be moved at any time based on current needs.

To find the best possible material for her cover, the young architect contacted a textile company that sells a cotton fabric with a special covering made from seaweed which lends extra protection against UV light. Tenorio began to perform tests using different proportions of cotton and more elastic materials “until finding an adjustable material”, she explained.

In order to preserve the right consistency, this fabric is placed over a simple, aluminum structure which is independent from the polycarbonate greenhouse structure, and can be folded and transported like a backpack.

Aluminum was used for the prototype instead of carbon fiber due to budgetary constraints. According to the architect, this substitution did not affect the end results, although the carbon fiber version that would be taken to Mars “is better because it is stronger and lighter”.

The tests proved that the new material reduces the passage of radiation by 20% as compared to the original semisphere of polycarbonate. The retention of UV light reaches 99.7%, although Tenorio aspires to “reach 100% to minimize the risks on Mars.” This second skin is also permeable, which allows the structure to provide a greenhouse effect without UV light damaging the plants located inside.

At present, Tenorio´s viable and patented prototype will be stored by the Mars Society organization for future use. Additionally, this young innovator is collaborating with the Astrobiology Group in Peru on the preparations for the construction of a Martian base in Arequipa (Peru). In the future she would like to perform further experiments with different structures that involve the use of emerging technologies; in particular, a passenger compartment that inflates using solar energy and whose design is based on the helium tires that NASA employs.

According to Vicente Rodriguez, a new materials researcher at the Potosino Institute for Scientific and Technological Research (Mexico) and jury member for MIT Technology Review´s Innovators Under 35 awards, Tenorio has demonstrated that “she is a very active and involved person” with a “futuristic” proposal who “deserves this recognition due to her young age and audacity”. 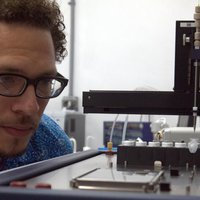 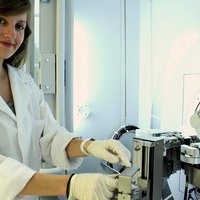 Created a printing technology that produces cheap, flexible sheets of perovskite that could revolutionize the energy industry 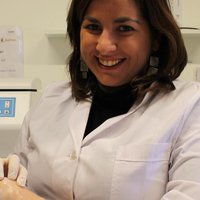 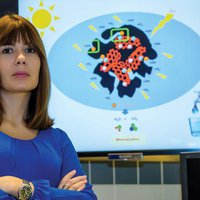