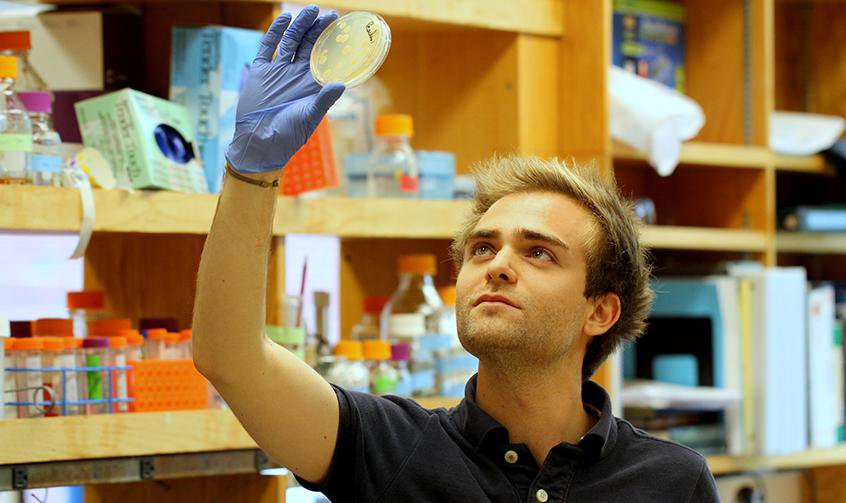 "The trillions of bacteria that make up the human microbiome play an essential role in people’s health. An imbalance in the amount and proportion in the digestive tract, skin or mucous membrane could triggers conditions such as diabetes, colitis, Crohn's disease and obesity. Unfortunately, conventional antibiotics used to fight harmful bacteria don’t distinguish them from good bacteria, which help digest food or develop the immune system. Instead, treatments sweep the bacterial flora, causing imbalances in their communities (dysbiosis) and favoring that surviving harmful bacteria become resistant.

Young Frenchman Xavier Duportet has decided to substitute the ""weapons of mass destruction” that can be current antibiotics, for “snipers” that work more precisely. The PhD in Synthetic Biology from INRIA (France) and the Massachusetts Institute of Technology (USA) and, is designing a new type of medicine able to eliminate specific bacteria and leave the other intact.

Duportet cofounded in 2014 the company Eligo Bioscience (formerly PhageX), a spin-off from MIT and the Rockefeller University (USA), where, together with his partner David Bikard, he has developed a system that involves genetic edition techniques and nanotechnology. On one hand, they use nanoscopic vehicles to take a fragment of synthetic DNA to a specific type of bacteria. On the other hand, they apply CRISPR technique of DNA edition, which was selected as one of the 10 Emerging Technologies of 2014 by MIT Technology Review. Thanks to this, they are able to cut part of the genetic material of these bacteria killing or deactivating them, while leaving intact the rest of microorganisms that make up the flora.

The vehicles that Duportet uses are bacteriophage viruses that infect bacteria inserting their genetic material into them. They are formed by a layer of protein (capsid) containing said material. This infection acts selectively only in bacteria that have specific proteins receptors on their capsid.

Duportet’s team modifies and empties these bacteriophages of their genetic material and inserts them with a synthetic DNA circuit, meaning an artificially created DNA with a specific function. After being injected into the bacteria by the modified virus, and thanks to the CRISPR system, the circuit codes the Cas9 enzyme and RNA, allowing the Cas9 to be directed to a concrete sequence of the bacteria’s genome, cut it, and kill the microorganism. This is how modified bacteriophages eliminate the bacteria carrying resistant or virulent genes and leave the rest of the microbiome untouched.

For now, Duportet’s team is carrying out a test in vivo with a cocktail of various viral capsids capable of injecting synthetic DNA into staphylococci and Escherichia coli, but they are already working on a platform to create capsids for numerous species and strains. Although the circuit is the same, because its target is, for example, in a virulent gene in a population of E. coli, to reach all the bacteria, a gene cocktail of several capsids will be needed.

Unlike other drugs, eligobitics fight the agent causing each disease rather than just the symptoms. Duportet says: ""When dysbiosis is the cause, we can correct it,"" and reminds us that there are currently no drugs that can decolonize a patient of multiresistant Enterobacteriaceae without affecting beneficial bacteria; or that attack specific strains of adherent invasive E. coli (AIEC) associated with Crohn's disease.

The young innovator expects his eligobiotics to treat the latter disease to reach clinical trials in two years. He estimates that he will need two million euros, and is already in negotiations with an international venture capital group.

For Jonathan Weitzman, Group Leader professor of Genetics and Epigenetics at the Université Paris Diderot ( France) and member of the jury of the MIT Technology Review Innovators Under 35 France, the technology developed by Duportet is ""extremely innovative"" and has the potential to offer a clever but simple system to the fight bacterial strains that are resistant to current antibiotics." 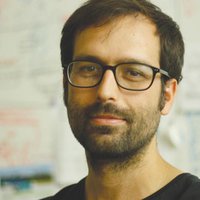 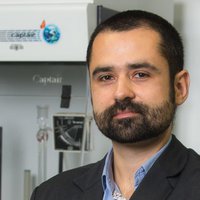 Developed the first biorefinery insect in the world 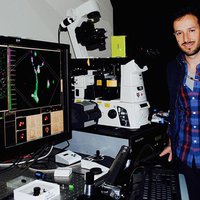 His high definition, fluorescent microscopy techniques can be used to observe molecules separated by a mere five nanometers 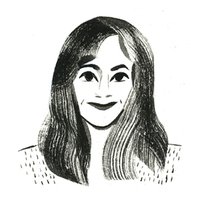 A telltale protein seen in people’s brains before they have Alzheimer’s could offer a clue about possible treatments.
See all in Biotechnology & medicine…