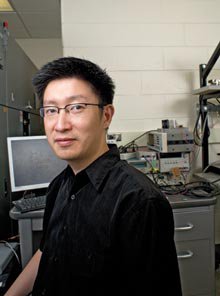 Organization
University of Illinois at Urbana-Champaign

The resolution of the best conventional light microscopes--which, unlike higher-resolution electron microscopes, can magnify living cells--is about 400 nanometers. That's good enough to let biologists tell cells apart, but it's not good enough to let them observe the workings of organelles within the cell, such as metabolizing mitochondria, which are about 200 nanometers across. Nicholas Fang hopes that within the next few years, his tech­nology will enable biologists to watch living cells at a resolution as fine as 15 nanometers (about the size of a protein molecule), revealing not only cell organelles but their molecular workings (see "Life Left in Light," September/October 2008).

Objects smaller than the wavelength of the light being shined onto them--several hundred nanometers, in the case of visible light--scatter the light as so-called evanescent waves. These waves move in such a way that they can't be collected and redirected by conventional lenses. But in 2005 Fang developed the first optical superlens--a device that can collect evanescent waves to soup up the performance of a light microscope.

At a small workbench in his lab, Fang stamps out nanoscale silver gratings that make it possible to convert conventional light-­microscope parts into superlenses. To pattern his metal structures onto fragile glass slides and other microscope parts, he starts by coating a coverslip with a thin film of silver. Separately, he carves a pattern--the inverse of the final, desired one--into a reusable stamp. He places the stamp over the cover­slip and applies an electrical voltage, causing a reaction in which the silver dissolves and is pulled into the crevices of the stamp. Once the stamp is removed, the silver coating of the coverslip is left with the grating pattern.

Using this method, Fang create­s intricate nanoscale patterns in about five minutes. The stamping doesn't break the delicate devices and doesn't need to be done in a clean room. And Fang says the process should be amenable to mass production of superlenses that could turn every biologist's microscope into a nanoscope. --Katherine Bourzac 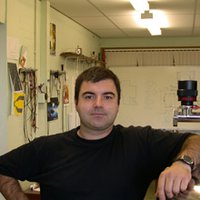 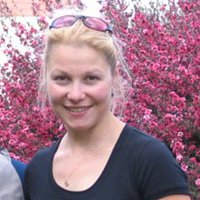 Revealing how materials behave at the nanoscale 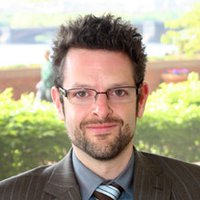 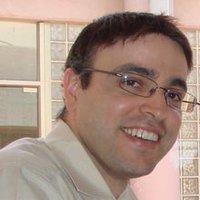 Sniffing out cancer
See all in Nanotechnology & materials…