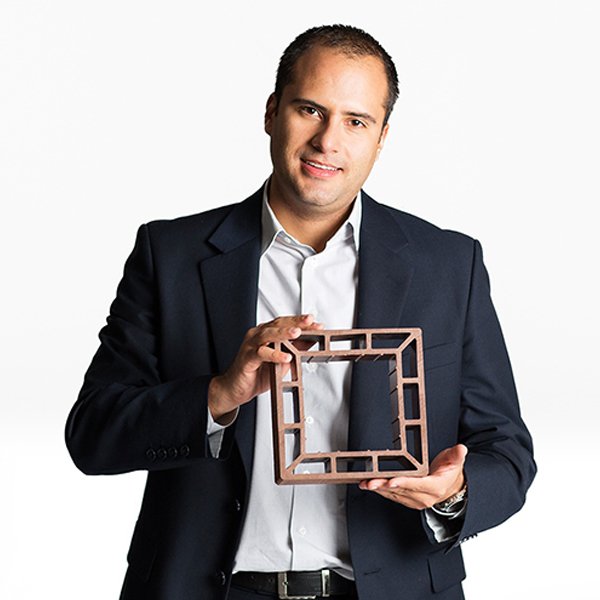 Latin America is the region most affected by deforestation worldwide. According to the FAO, 4.7 million hectares were lost in the region between 2000 and 2005, which represents 65% of the worldwide total. On the other hand, each resident of an urban city center generates 1.2 kilograms of solid waste per day, according to data from the World Bank. In Colombia, the leading producer of coffee, annual waste production includes 500,000 tons of coffee husks, according to Juan Nicolás Suárez´s calculations. This young Colombian has tackled all of these problems with a single solution: his company, DISECLAR, which manufactures furniture made from recycled plastic and coffee plant fibers. Thanks to this initiative, Suárez has been named as one of MIT Technology Review, Spanish edition´s Innovators Under 35 Latin America 2017.

Suárez´s innovation is based on the creation of a new material which combines recycled plastic and coffee husks, which are ideal for architectural finishes, like furniture. Thanks to this new material, this entrepreneur seeks to mitigate environmental problems which alarmingly affect not only Colombia but the entire Latin American continent. His material, which is pending patent approval, imitates wood, is resistant to water and solar radiation, and helps to prevent tree felling. These attributes make his products (chairs, pergolas, etc.) environmentally-friendly.

In his previous job, at a multinational beer brewing company, Suárez tried to implement a bottle recycling program. His proposal aimed to manufacture promotional, plastic chairs from recycled beer bottles, but it was never implemented. This disappointing experience led him to transform his ideals into a project, and thus was born DISECLAR.

Suárez remembers: "I have always been concerned about deforestation we suffer in this region. The Amazons are the world´s lungs, and are being cut down day after day." Thanks to this passion, the young entrepreneur has managed to recycle more than 300,000 kilograms of plastic through his company´s products. And he calculates that in so doing he has avoided over 36,000 tons of CO2 emissions. On the other hand, it is also noteworthy that this initiative has saved the lives of more than 5,000 trees a day. "Every year, we cut down a country but we do not reforest; this is seriously affecting our ecological equilibrium," Suárez adds.

One of his most noteworthy short-term objectives is to consolidate his production plant and begin distributing the raw material to distributors. As more long-term objectives, Suárez highlights ongoing conversations in the Mexican market, and next on his list will be the United States.

The scientific director at Solvay (France) and jury member for the Innovators Under 35 Latin America 2017 competition, Patrick Maestro, describes Suárez´ initiative as "a great project", adding that "the material´s properties offer great potential for its use and implementation." 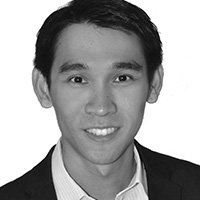 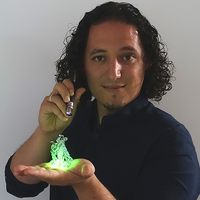 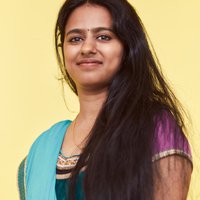 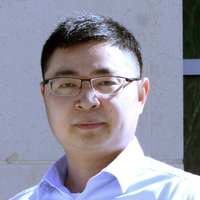 With his breakthroughs in rubber semiconductor material, prosthetics of the future might be gifted with the sense of touch
See all in Nanotechnology & materials…