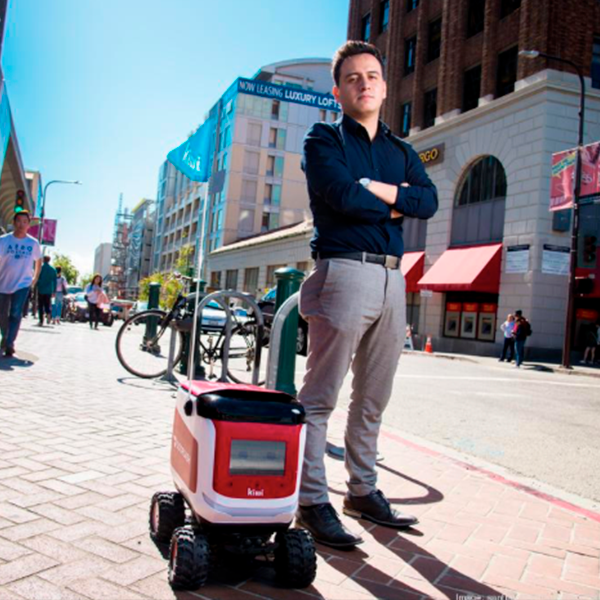 There is no logistic company that is not trying to automate its business to the fullest (see How UPS delivers faster using $8 headphones and code that decides when dirty trucks get cleaned). More and more parts of the processing and even the distribution are being taken over by machines. But if there is a stage that is becoming devilishly difficult to automate, it is the last mile — to take the package to the door of its final destination. To address this challenge, Felipe Chávez's stake is on autonomous robots. His company, Kiwi Campus, already uses them to distribute food to residents within the campuses of the University of California at Berkeley and Los Angeles (both in the US). This visionary initiative earns him a place among the Innovators Under 35 Latin America 2018  of MIT Technology Review.

"The objective is to move things between two points in the city with a cost close to zero. But due to labor costs, making a delivery in less than an hour costs about $8 [about 5 euros]," Chávez says. Besides the cost, the young innovator criticizes the inefficiency of the approach: "A human being can make an average of 2.5 deliveries per hour, a person who uses the Kiwi Campus platform can manage 12 deliveries in one hour."

But Chávez does not intend to take jobs away from humans with his robots. Instead, his model relies on dividing deliveries into segments. A person picks up the order in the restaurant and loads it into a Kiwi Bot which then carries the order aboard a tricycle capable of transporting several of these robots. The tricycle makes an optimized journey to minimize the delivery time of all transported orders and, as the end point of each delivery approaches, the human being "liberates" the Kiwi Bot that travels the last hundred meters to the delivery point.

Each Kiwi Bot has six cameras, LIDAR sensors, and an image processing engine with artificial intelligence algorithms that detects the elements present on sidewalks and roadways to ensure safe navigation for the robot and for the people it encounters in the public space. In addition, a team of people remotely monitor, from the headquarters of the company in Colombia, the most crucial moments. "The most complex thing is crossing a street," Chávez says.

The company has existed for a year, and it has already made more than 18,000 deliveries on the Berkeley campus. Now it is being tested whether or not the model works equally well on a larger city campus, such as Los Angeles.

The Director of Business Development at Comau Robotics, Arturo Baroncelli, jury member of Innovators Under 35 Latin America 2018, highlights that "Chávez's project integrates multiple cutting-edge technologies around a clear business model that follows the trend of collaboration between robots and people to perform a task.” 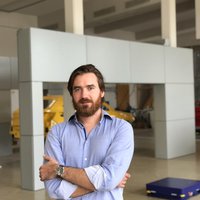 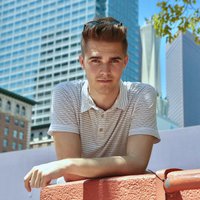 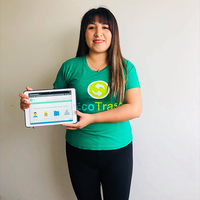 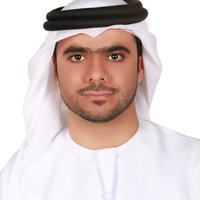 A paradigm change in the methodology of how police patrols are currently placed.
See all in Software…